A1 Team Indonesia is delighted with todays announcement of the venue for the A1GP, Indonesia, event this season. Lippo Village, near Jakarta will host the series only street race of the season, A1GP Indonesia, on 6  8 February 2009.

A1 Team Indonesia driver Satrio Hermanto is very pleased to be racing around the streets of Jakarta, as he says, Im really looking forward to being on home soil for the first time in my A1GP career. Lippo Village is a great venue for the race and they have bought in a top track designer in Tilke, so the track layout will certainly be of the highest level and he has the expertise to create something very special here. Itll be an amazing experience to drive in front of our home crowd, I really encourage everyone to go and show their support for our Indonesian team and see the new A1GP Powered by Ferrari cars in the flesh.

Bagoes Hermanto Team Principal added, The race in Lippo Village will create interest in A1GP from the Indonesian public and being close to Jakarta it will hopefully draw in a large number of spectators for the event. We are thrilled to be going back to Indonesia in the fourth season of A1GP, we have been eagerly anticipating this announcement and look forward to welcoming the other A1GP nations to Indonesia, and to showing them the warmth and beauty of our people and our country.

This will be the first time Indonesia has seen a street race of this scale. It will be held in the downtown area of Lippo Village, which was formerly known as Lippo Karawaci. This is a very exciting occasion not just for Lippo Village, but also Indonesia as a whole, said Mr. Gordon Benton, Senior Executive from PT. Lippo Karawaci Tbk. Lippo wanted to bring a top international event to Indonesia like A1GP World Cup of Motorsport, and we are working very closely with the Ikatan Motor Indonesia (IMI), the Ministry of Youth & Sport and rights holder Carbon Worldwide to make this event the pinnacle stop on the A1GP calendar for years to come.

A1GP is glad to be back in Indonesia once again. Season Four will mark our third visit to the country which always draws a strong and passionate fan base in support of A1Team Indonesia. This race will be of great interest to the worlds motorsport fraternity, as Indonesia will be part of a select group of nations capable of hosting a street circuit. Lippo Village will now join venues like Surfers Paradise, Monaco, Melbourne, Long Beach and also Singapore, said David Clare, CEO  Asia Pacific, A1GP World Cup of Motorsport.

Lippo Village will be modifying parts of the town near the famous Pelita Harapan University (UPH). The track is being designed by Tilke Gmbh, the company responsible for circuits in Shanghai and Sepang where A1GP has also raced. The track designers have conducted the initial site visit, and are currently completing the final design. We intend for the track to be of the highest quality and through good planning, offer minimal disruption to our residents and commercial enterprises, said Mr. Gordon Benton.

Lippo Village is the flagship city for planned communities created by property developer Lippo Group. Founded in 1993 thirty-kilometres to the west of Jakarta, Lippo Village has become an established lifestyle township with a population of 50,000. Its integrated education, health and business facilities make it a truly self-sustainable, environmental-friendly city. 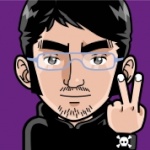